Pretoria is located northwest of the city of Johannesburg and lies at an altitude of approximately 1,400 metres above sea level in a valley surrounded by the hills of the Magaliesberg range. Pretoria is known as Jacaranda City due to the approximately 50,000 Jacaranda trees that line the streets and parks of the city. The main industries of Pretoria are iron and steel works, copper casting, and the manufacture of automobiles, railway carriages, and heavy machinery. 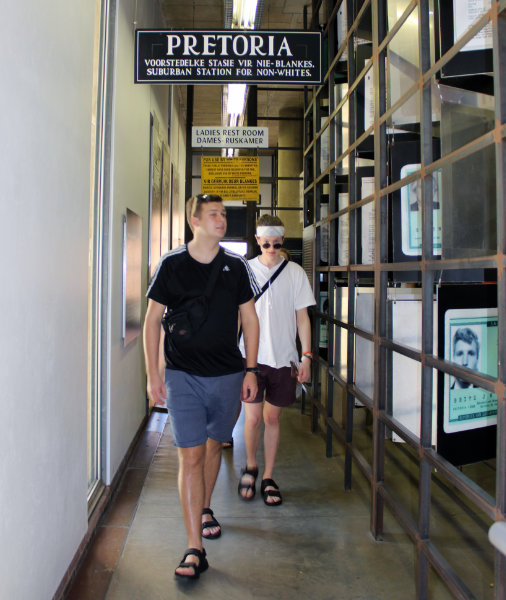 The Pretoria Forts were defense structures built for the city of Pretoria before the Second Boer War. Partially in ruins, the Pretoria Forts still stand today and have since been resorted and turned into museums or provincial heritage sites.

The Voortrekker Monument was built to commemorate the members of the farming and trade communities who trekked eastward from the Cape Colony in the early 1800s. It is a large granite structure perched on a hilltop just outside of Pretoria. With grandiose aspects such as the Hall of Heroes and the Cenotaph, the monument has since been named a National Heritage Site.

Pretoria City Hall was built to celebrate the city-status that Pretoria had obtained in 1931. Today, the semi-Italian classical architecture style is enjoyed by many visitors, who may use the space as a venue for concerts or larger social events.

Melrose House is best known for being the headquarters of the British forces after Pretoria was invaded during the Boer Wars. It was also the site of the signing of the Peace Treaty of Vereeniging in 1902, symbolizing the end of the Second Boer War and a status of self-government for the Transvaal Colony and Orange Free State.

Paul Kruger’s House is the former residence of the Boer leader and President of the South African Republic, Paul Kruger. Today, the house serves as a museum filled with furnishings and items from the period that Kruger lived in.