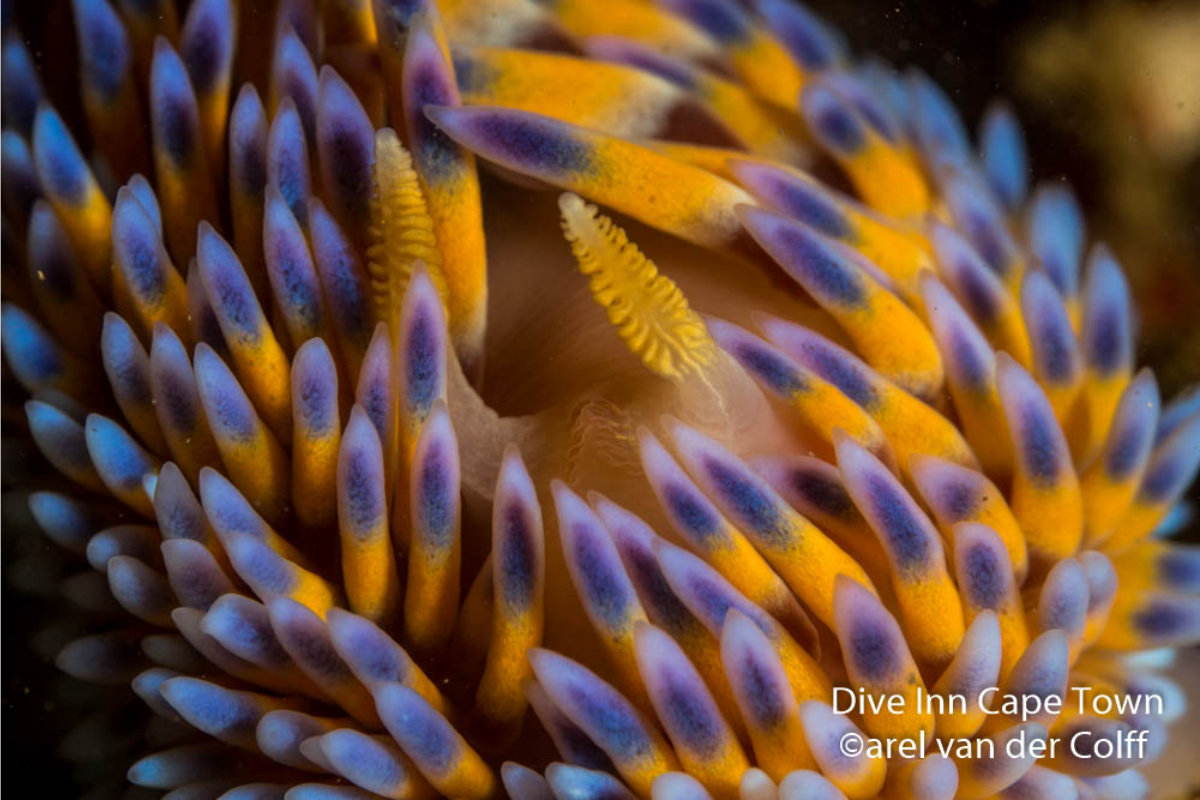 Posted at 08:44h in Beaches, Day tours by Emely

Some of us really love the little critters thus Nudibranch hunting in Cape Town is really awesome.

Nudibranch hunting from shore is possible almost year round and you have a good chance to see all there are to see. Nudibranchs do move around and are seasonal I have noted so you are not always guaranteed to spot them. With some which are so well camouflaged and or small they make spotting them very difficult. And just to make it slightly more difficult our wonderful Cape Town waters can have low viz and a bit of swell and surge which can be challenging. For camera work and when the temperature drops to below 13 your fingers tend to be finicky as well.

The Frilly Nudibranch is the only common species I have not seen from shore yet. Most of the photos in this blog are of all the Nudibranchs spotted in Cape Town.

The Nudibranchs photos will mostly be from the False Bay coastline but we do have some pics from the Atlantic side. (Please note False Bay is still the Atlantic Ocean but slightly warmer). The oceans meet at Cape Agulhas which is about a 3 hour drive from Cape Town). The Cape town (Atlantic) side has a bit more challenging shore entries and the water tends to be freezing. That side is also mostly a summer diving area due to our Cape Doctor wind (South Easter) messing up the bay and cleaning that side up. Thus clear clean water gets upwelled and then the cold comes with.

Back to False Bay. The most dived shore dive site probably is our training beach – Long beach Simon’s town. The next beach from here towards Cape Point is Sea forth beach, Windmill, A-frame, Pyramid rock and Castle rocks. There are some other beaches or areas that can be divided on this stretch but slightly more work or can be very boring. Before Simons town there is the Clan Stuart wreck, Whale Lookout and Sunny cove. The Clan Stuart I found not to have too many species but did found my first Indian Nudibranch (now known as an Anemone Nudibranch) there.

I like to use the local names as for me it is easier to remember and to pronounce but will have the scientific names linked on the photos. Hopefully correctly spelled and Id’d.

The most species of nudibranchs so far on a dive site spotted is at A-frame with a count of 18. This was a 90 odd minute dive and we did not cover too much ground once underwater. A month later we did the same and had the same count but with some other nudibranchs in the mix. Next dive site is Windmill and Castle rocks with Castle rock’s only on calm days as it is a bit more tricky to get in the water and out.

The most common Cape Town Nudibranchs from shore I found are the following: Cape Silvertip, Gas flame mostly the blue version, Black Nudibranch, Crowned nudibranch and the Fiery Nudibranch can creep in on the list. On the sandy parts you should be able to get the Sand slugs and Warty Pleurobranchs who travel between the sand and reef. Seasonal the big Sea hares and Four colour Nudibranchs also tend to be all around on the sand on the reefs, And on some sites you can only spot certain Nudibranchs. At Pyramid you get the bigger Variable Nudibranch and at Windmill the Giraffe spot (scarce). At Long beach the four colours and Slipper slugs, Sea hares and the scarce Corambe and even scarcer Shrek Nudibranchs. However over the last couple of months (before covid 19 lock down) have been finding some new spots for the scarcer Nudibranchs.

Our reefs are really colourful and full of life. From the boat we do get to deeper sites where seals can be spotted at some site. The last couple of years our 7 gill cow shark spotting has decreased a lot. We do get to see now some of the some gulley shark and the smaller cat and shy shark species. Great whites on scuba scarcer than hens teeth almost. So if Nudibranchs is not for you the reefs, wrecks and kelp forests will for sure settle the desire to breathe compressed air.  The water can be cold but mostly wetsuits worn and would be a minimum of a double 5mm with hood, boots and gloves. Some do enjoy dry suits but this is not easily rentable so bring your own if you can.